In my last post I mentioned briefly that I struggle with what I call my secret sins (jealousy, pride and being judgmental) so today I really want to be transparent about them. I want to expose myself so that I can continue on my path to growth and true freedom in Christ! I want to put it all out there so that I can have a reference point to hold myself accountable in case I feel myself slipping back into the same cycle. Folks, I am ashamed to say that I have become the Side Chick that I so hate! But before you all nail me to the cross, let me explain!

First of all, I have not slept with anyone else’s husband but MINE! But as you all know, my husband and I are separated and he is currently in another relationship and no it’s not with Sister Fren in the other country, but she’s not completely out of the picture either, this one is new. She’s actually not that new because she’s been around for quite some time but I am lead to believe that the ‘relationship’ is new. Let’s call her Sister Cuzin because that’s who she was introduced to me as many years ago, my husband’s cousin, ‘distant’ cousin, but cousin all the same.

Anyway, so I came back from my women’s conference and I let my husband know that we could no longer have sex. Now this was not news to him because he was told from the very beginning of the year (read 2017…a year of New Beginnings and Necessary Endings! #Godisgood), what God had told me, but of course I had backslid so he didn’t understand why this was coming up again, especially since he ‘broke up’ with Sister Fren. Now mind you, he was still talking to Sister Fren on a daily basis, several times per day but that’s not the worst part. He was still sleeping in the same bed next to Sister Cuzin, the distant cousin who he had semi-drunken sex with on two occasions prior, while he was in his so called relationship with Sister Fren.

Lord help me! The more I write the more ridiculous this whole situation seems and the madder I get with myself for even taking part in this nonsense!! But I digress.

So I tell my husband no more sex and he became very upset. He couldn’t understand why God would tell a wife not to sleep with her husband. He said that he even asked a bunch of people, including a pastor, and they all said that God would NEVER do that! So of course, now that the masses had spoken, I became the crazy one. Did you really hear from God? Did He really tell you that or are you using Him as an excuse? Are you sure it wasn’t the devil? There were many conversations had around this issue and I even wrote him something to try to help him and even me, understand why the instruction was given but nothing helped.

You know what my husband did? My husband went to Sister Cuzin and made things official! I can’t say that I know exactly what the hell he was thinking but this is what I imagine. He probably told himself,

“Look, Sister Fren is all the way in another country and you already broke her heart so she’s not even going to want you. Your wife is not going to have sex with you anymore. This one lives with you, you guys are already close, you done had sex with her so why not?”

“We’ve been separated for almost three years and I told her on several occasions that this is over. I have needs and if she’s not going to meet those needs, someone else has to.”

And it probably made so much sense to him at the time, but I digress again.

The thing is, I am the believer and I am the one that was given the mandate to not give up on the marriage so I am supposed to know better. God knows me very well and I’m sure He told me the ‘no sex’ thing for my own protection. He never told me to keep getting involved in the mess and getting my feelings hurt in the process! This is where my secret sins come in.

My spirit woman knows what God has told me and she understands why but my flesh was having a hard time accepting it. My flesh was like,

“Hell no that bitch is not going to be with my husband! She is not going to reap the benefits of all the work that God has been doing in him! She sure as hell ain’t going to live in MY house (the house that I’ve wanted for so long) and raise MY children! Is that the kind of woman he really wants to be with anyway? She doesn’t even have any real hair on her head and she can’t even leave the house without make-up on! Does he really want to be with a woman who has cheated on her husband (the husband she is still married to)? Why does she get to sleep next to him every night? Why does she get to live in the house rent free? No wonder she’s always shopping! You don’t think I want to buy a million bags and shoes? But no, I have your kids to think about first!”

Jealously, pride and judgment all up in there!!

My flesh is weak and my husband is a confused broken man who knows all the right words to say to manipulate, guilt and pacify me so now I’m the side chick. I’m the one who he is sneaking around with. I’m the one who he has to lie to other people about being with. I’m the one who can’t post pictures of us on social media. I’m the one who he has sex with but then leaves and goes home to sleep next to the one he is ‘committed’ to. I’m the one who he says is the best above all the rest but I’m still not good enough for a real commitment. Isn’t this some shit! How the hell am I the WIFE but I get treated like the side chick? I’ll tell you how, it’s because I have the title but I don’t have the respect and you know why I don’t have the respect? Because I have willingly partook in the foolery! And not just this time, with Sister Fren too. But no more! Can you imagine what my son is thinking about me? And what kind of an example am I setting for my daughter? And I had the nerve to tell Sister Fren to know her worth and there I was doing the same thing! 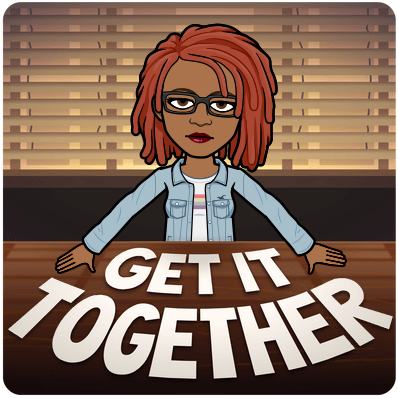 But God! He never leaves us or forsakes us! We get ourselves into these messes when we don’t listen to Him but He always helps us get cleaned up! I’m so grateful that He has shown me some things in the past few weeks that have opened my eyes! I am fearfully and wonderfully made and I refuse to be anyone’s side chick, even my husband’s! I’ve been in this season for almost three years and I’ve made the same mistakes over and over again because of my pride etc. but I’m determined not to make them again!

Therefore, in order to keep me from becoming conceited, I was given a thorn in my flesh, a messenger of Satan, to torment me. Three times I pleaded with the Lord to take it away from me. But he said to me, “My grace is sufficient for you, for my power is made perfect in weakness.” Therefore I will boast all the more gladly about my weaknesses, so that Christ’s power may rest on me. That is why, for Christ’s sake, I delight in weaknesses, in insults, in hardships, in persecutions, in difficulties. For when I am weak, then I am strong. 2 Corinthians 12:7-10

Daughter of the King of kings, Proverbs 31 woman, trying to live according to her father's will by spreading His word and doing His work! View all posts by crownedpapillon

When you dont feel loved

For God so loved the world that he gave his one and only Son, that whoever believes in him shall not perish but have eternal life. John 3:16

When you are afraid

For God has not given us a spirit of fear, but of power and of love and of a sound mind. 2 Timothy 1:7

Fear not, for I am with you; Be not dismayed, for I am your God. I will strengthen you, Yes I will help you, I will uphold you with My righteous right hand. Isaiah 41:10

When you feel like nothing is going your way

“For I know the plans I have for you”, declares the Lord, “plans to prosper you and not to harm you, plans to give you hope and a future”. Jeremiah 29:11

When dealing with people

But I say to you, love your enemies, bless those who curse you, do good to those who hate you and pray for those who spitefully use and persecute you. Matthew 5:44